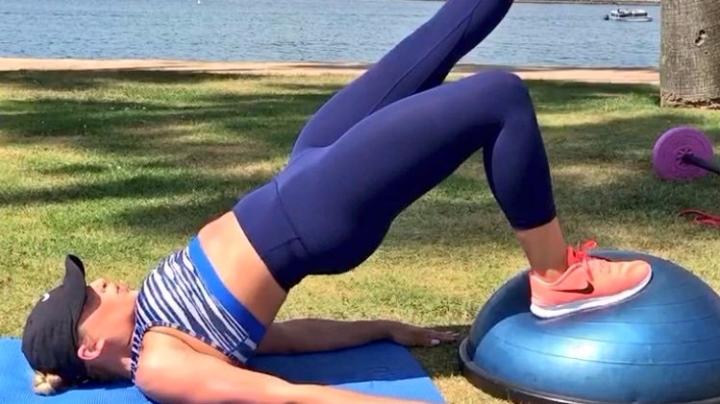 “I can’t” said no successful person ever.

Think about all of the successful people you know in your life. Whether they be successful in their career, or maybe they are a kick ass have it together stay at home mom, or on the other hand their body is bangin because they are a die hard gym rat. Or better yet, maybe they are successful in many areas of life. No matter what area of success these people that come to mind are in, they generally have one thing in common: they fucking go for it.

This concept of “I CAN have it all” took me years to grasp, but when I finally understood it, I could’t believe how many people around me weren’t taking advantage of this super power. And that’s what it is: realizing YOU are in complete control of your emotions, your body, and what you have and want in life. This is a FACT. You are in control. 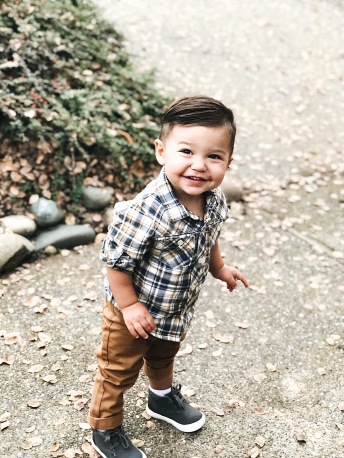 I truly believe everyone has the life they want.  ‘But I don’t want to be fat.’ Okay, what are you doing about it? ‘But I want to be a professional photographer.’ Okay, let’s see your profile. ‘But I want a good man.’ Okay, what’s your line up looking like lately? And then I ask people these questions, and what do they do? Come up with an excuse of why they can’t have those things, or they blame others for their lack of success. Let me tell you what people,  excuses are completely made up in your mind. Excuses are the comfort pillow that makes us feel better subconsciously about not trying harder. Because guess what, at the end of the day, we CAN all try harder, we can all be better, and we CAN, at the very least, work towards what we truly want.

My entire life I had always been pretty successful. I got good grades, I was a four year Varsity star athlete, and I worked since I was 14 years old. I was independent and had it figured out maybe more than most, but I wasn’t at my full potential. Why? Because it was so easy for me to give in to my inner negativity and self doubt. For example, I had always been an athlete, but I never felt comfortable in a bathing suit. I was self conscious about my body until just a few years ago. I envied the girls with washboard abs and cellulite free legs running around freely in bikinis while I was holding a towel around my body. But rather than do something about it, I convinced myself “this is just how I am.. I’ll always be like this.. I’ll never be that fit.” I used that to make me feel better. You see, with self doubt comes this fear of ‘I can’t,’ and rather than acknowledge that we ‘can’t’ do something, we go to our comfort zone and find an excuse, any excuse to make us feel better about why we aren’t actually going after something we truly want. And that’s what excuses really are, they are a drug that we are addicted to because it makes us feel better about not trying.

Well about four years ago I kicked that habit. 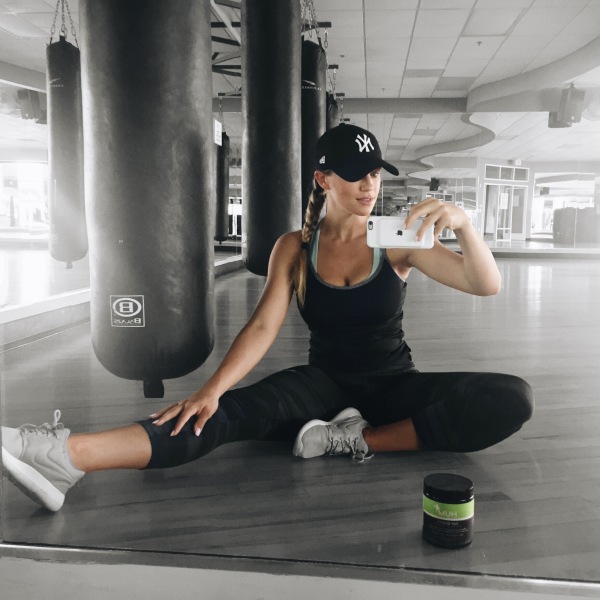 It all started once I started surrounding myself with successful people. And it’s something I stay true to today, and a motto I live by. SURROUND YOURSELF WITH GREATNESS. YOU ARE WHO YOUR FRIENDS ARE. It’s a cheesy saying but it holds true that you are most like the people you surround yourself with. This is an active choice and life decision. You must ACTIVELY make this change. And one day it clicked for me.  I looked at the guy next to me, and he was 45 years old supporting his family making the exact same as me and had the same title, a 23 year old who was listening to Spotify all day, texting her boyfriend, online shopping, while doing some work (hey, I worked, but I had the magic ability to get a lot done in about two hours). And one day it clicked for me, I don’t want that. I was working at my cubicle job, it paid very well, I had great benefits, and I could work there for the rest of my life and live average. But.. I don’t want safe. I want MORE. So much more. So I started to surround myself with those who had more, or who were going for more, those who refused to live a comfortable life. Life & love are incredible things, and I sure hope I never describe my life, relationship, or acclimates as “comfortable.”

Once I began dating Tyler and we entered a much deeper level of ourselves and our relationship, we began to help each other. We grew together. We made and still to this day make each other better. I credit so much of my success to him. And success doesn’t always mean money. Success can be self realization, physical and mental strength, self love.. so many beautiful things. I am so proud of how far I’ve come, and so much of it has to do with him calling me out on my shit. When I found excuses or tried to blame others, he said BULLSHIT. I tried to argue and explain my excuses but eventually I’d always run out of what to say, and eventually it led to “you’re right, I could have worked out” or “yeah, I should have done (xyz).” Because tit’s true, there are no such thing as excuses. We make them all up in our head to make ourselves feel better.

So I stopped making excuses. I decided ‘I’m not going to be that girl too shy to wear a bathing suit in front of people anymore.’ I went to the gym 5 times a week. When I was busy, I still MADE time, whether that meant waking up early to get a workout in before work or using my lunch break to go on a walk with ankle weights. I skipped out on happy hours and social events because I had a new priority. I spent a little more money at the grocery store for healthier foods. I began to cook at home almost every night. I made myself a priority. I made my body goals a priority. And more importantly, I made my confidence and myself a priority. I made changes, and what do you know.. now, I’m the first one to jump in the pool.

One day someone offered me some of the best advice I’ve ever received. They said, every time you say “I can’t” replace it with “I didn’t want to” or “I didn’t make it a priority.”

I was so used to being around people making excuses, blaming others and soaking in negativity or self pity. The past. The ‘what if’s’,’ the twenty something year olds already saying things like “i could have been this.. “ not realizing, that they could still do and have whatever they want. Doing a lot of talking but not a lot of action. Not all the time, but certainly a common trait. By surrounding myself with these types of people, I allowed myself to accept excuses. They accepted excuses, they made me feel better about not going after the things I wanted because it’s true, misery loves company.  Ty always tells me what he learned from CT Fletcher, “everyone wants to be STRONG, but nobody wants to lift no heavy ass weight.” And that holds true for so many people. A lot of us want to talk about the things we want, but take no action towards those dreams. We talk about wanting to move to different state, but sit on the couch. We talk about wanting a great relationship, but continue to date the wrong guy & make the same mistakes. We talk about wanting to have a great body & live a healthier life, but we make no changes. And that’s what it comes down to- ACTION. You either make changes or you make excuses, at the end of the day, the choice is yours. So I began to make changes in my life. NOTHING CHANGES IF NOTHING CHANGES.

Once I began to surround myself with successful people, I realized so much about them and myself. Conversations were intellectual, positive, supportive & open ended. I was receiving  not only support but excitement, creative ideas & helping hands. It was incredible. Successful, happy, confident people want other people to succeed. And they want to help! All they want to see is effort. And I decided. This is what I want. This is who I want to surround myself with. I have control. My life is entirely up to me. I decide my fate. I have control of my emotions. No one is control of me other than myself. I can do anything I fucking want. And once I absorbed these feelings & made the conscious decision to change, my entire life changed.

I became happier. I became night and day more confident with who I was as an individual , as a woman, as a partner. I set bold goals. And when I achieved those, I set more goals. I let go of whatever and whoever was weighing me down. Friends or family, if you aren’t making me better OR HAPPIER, you’re making me worse, so I made changes with who I surrounded myself with. I hung out with like minded dreamers & go getters. Sadly I had to distance myself from people who were bringing me down like an anchor, who didn’t want me to succeed or criticized me for my change in attitude & lifestyle. And sometimes thats necessary, because your happiness trumps all. I stopped talking about what I wanted and just fucking went for it. Everything you want is on the other side of fear.  And you know what, it felt pretty damn amazing. 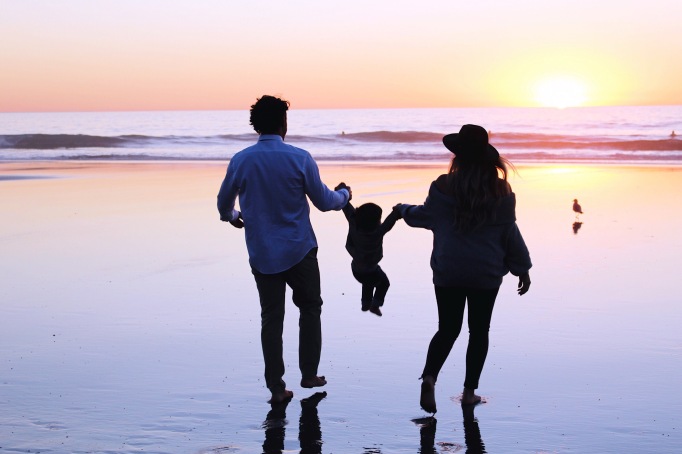 On The Subject of Me

My name is Kristen Louelle & I am just another young woman in her upper 20s trying to figure life out one day at a time. I have two beautiful sons named Jaxon and Conway with my husband, Tyler (who has the best ass I've ever seen). With our home base in San Diego, CA, you can find us in a different city as often as the wind blows as we chase our dreams as a family. I enjoy cooking, photography, working out & drinking wine. Life is crazy but I sure am enjoying the ride!